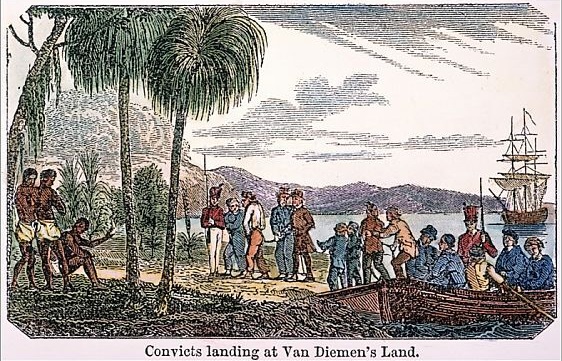 Many a time in my boyhood days have I eagerly listened to the tale of Dardis the wrestler, which I purpose telling now to readers of the “Democrat”. Dardis was over 6 feet and remarkable for strength of body, also his wonderful feats of agility. He had no compare on the hurling field, in weight-throwing he could beat his rivals by feet, in a long jump cover the same distance, and in wrestling he was always victorious until one night he was coming home late through Rocksavage and espied in a field before him about 30 little chaps all dressed in greenish jersey and red caps playing football. One red-haired chap cried out, “Dardis on my side.” This was unanimous, and Dardis being a lover of the game readily consented.

However, he was not long playing when this little fellow sent him twice to the ground very heavily. This nettled Dardis, who seized the little fellow by the collar and elbow to wrestle. The ball was called up and a ring was made, when Dardis was grassed twice in quick succession. “Well,” said Dardis, “I must confess you are the first that ever had the honour of tossing me.”

“Yes,” replied the red-haired fellow, “and I will be the last. For your pluck and courage tonight I’ll give you a gift – no human person shall ever toss you.”

Dardis thanked him and went home not much the worse after his game. The following harvest he went up County Louth and, hearing of the champion Cassidy, challenged him, who better known by “Broguey Cassidy”, of Mullacrew. He vanquished Cassidy easy, the latter remarking, “You must be the devil else Dardis the wrestler,” a name which clung to Dardis ever after.

The fame of Dardis spread all over Ireland, and good men came far and near to try conclusions with Dardis, but all met the same fate. A good piece is told of Dardis where a butler sought the fair hand of a colleen who secretly hated the butler. She told the butler (who was a Sourface) if he was able to go up to the football field on Sunday she would marry him. “If not, I will give my heart to Dardis,” said she. This was concocted by Dardis and his fiancee, as all the young fellows said he wanted to get a good kicking at Saxon that he spoke like a goose. It is too true Dardis gave him an unmerciful kicking.

The butler was not to be denied, and watched his chance to swear poor Dardis’ life away, which he almost done. A man was accidentally killed in Inisheen; this man swore he witnessed Dardis hit him, hence Dardis was transported for life to Van Diemen’s Land.

In them days it was the laws of those southern spheres if a pugilist visited the town and a man not therein found to box him a certain number of rounds the town was obliged to give him so much, the same if a champion wrestler came. One wrestler came to town on the occasion of poor Dardis being chained there. He was built like a giant, and Dardis said he would undertake to toss him if he got his liberty and free passage to Ireland. The proper authorities were consulted, and that day week was appointed for the contest, but the odds were 100 to one against the Irishman. A warder made a sneer at Dardis the eve before the contest in regard to his liberty.

“Well,” said Dardis, “if I had my liberty for only two minutes now I’d make you eat your words, and were I possessed of means I’d take your 100 to one.”

However, when Dardis the next day met his opponent he seemed to have been carefully trained; his muscles were like whip cord. Two falls out of three were to give Dardis his liberty. Dardis knew his gift from the red-haired lad in Ireland would stand him in good stead now.

The two got into holds. Both parried for an opening (or, as the old fellows say, a sweet let round). Dardis let his antagonist’s foot round, and like a flash hit him with his other foot and put him head first to the ground. This he repeated, when a tremendous cheer was given for Dardis, who got his liberty and set sail for ould Ireland.